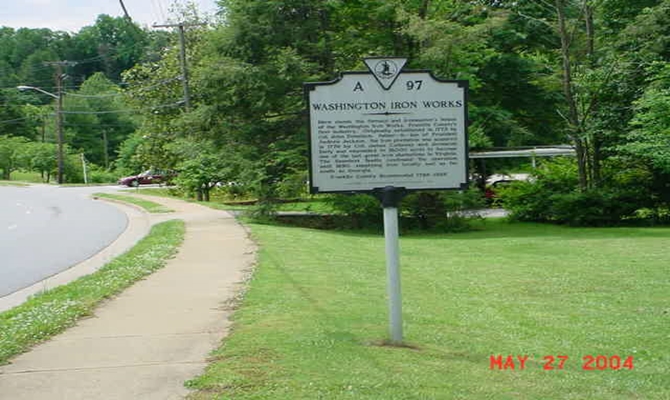 Here stands the furnace and ironmaster’s house of the Washington Iron Works, Franklin County’s first industry. Originally established in 1773 by Col. John Donelson, father-in-law of President Andrew Jackson, the iron plantation was acquired in 1779 by Col. James Callaway and Jeremiah Early and expanded to 18,000 acres to become one of the last great iron plantations in Virginia. The Saunders family continued the operation until 1850, supplying iron locally and as far south as Georgia.