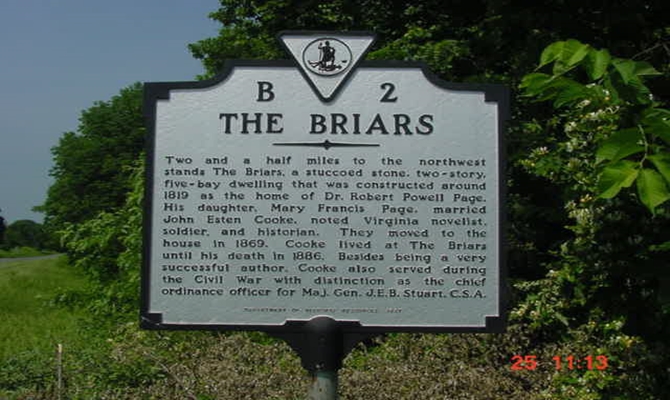 Two and a half miles to the northwest stands The Briars, a stuccoed stone, two-story, five-bay dwelling that was constructed around 1819 as the home of Dr. Robert Powell Page. His daughter, Mary Francis Page, married John Esten Cooke, noted Virginia novelist, soldier, and historian. They moved to the house in 1869. Cooke lived at The Briars until his death in 1886. Besides being a very successful author, Cooke also served during the Civil War with distinction as the chief ordinance officer for Maj. Gen. J. E. B. Stuart, C.S.A.