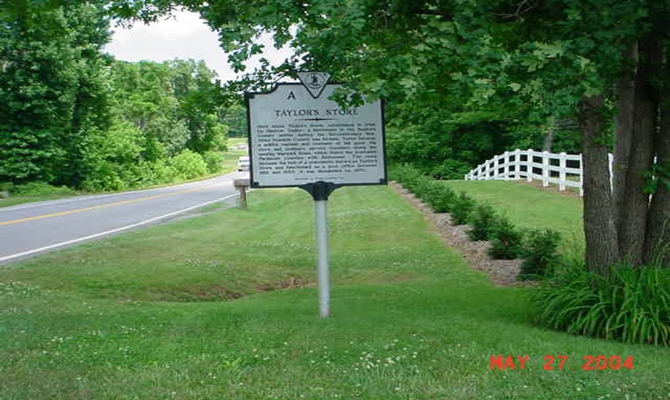 Here stood Taylor’s Store, established in 1799 by Skelton Taylor, a lieutenant in the Bedford County militia during the Revolutionary War. After Franklin County was formed, he became a militia captain and overseer of the poor. His store and ordinary served travelers along the nearby Warwick Road, which linked the Southside Piedmont counties with Richmond. The store became the hub of a community known as Taylor’s Store and functioned as a post office between 1818 and 1933. It was dismantled ca. 1970.