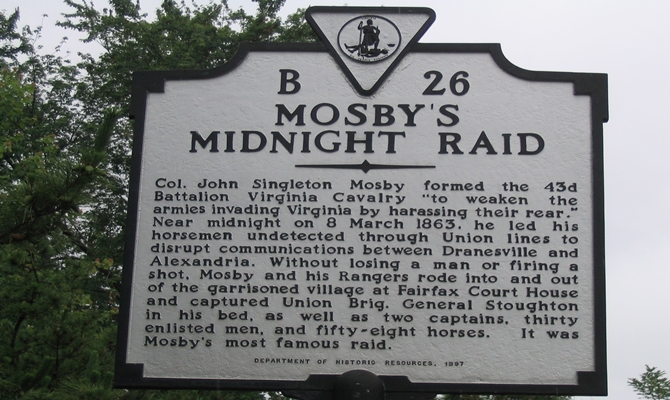 Col. John Singleton Mosby formed the 43d Battalion Virginia Cavalry “to weaken the armies invading Virginia by harassing their rear.” Near midnight on 8 March 1863, he led his horsemen undetected through Union lines to disrupt communications between Dranesville and Alexandria. Without losing a man or firing a shot, Mosby and his Rangers rode into and out of the garrisoned village at Fairfax Court House and captured Union Brig. General Stoughton in his bed, as well as two captains, thirty enlisted men, and fifty-eight horses. It was Mosby’s most famous raid.