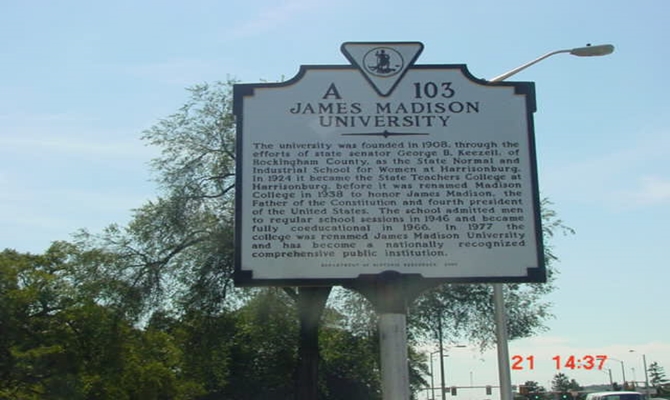 The university was founded in 1908, through the efforts of state senator George B. Keezell, of Rockingham County, as the State Normal and Industrial School for Women at Harrisonburg. In 1924 it became the State Teachers College at Harrisonburg, before it was renamed Madison College in 1938 to honor James Madison, the Father of the Constitution and fourth president of the United States. The school admitted men to regular school sessions in 1946 and became fully coeducational in 1966. In 1977 the college was renamed James Madison University and has become a nationally recognized comprehensive public institution.