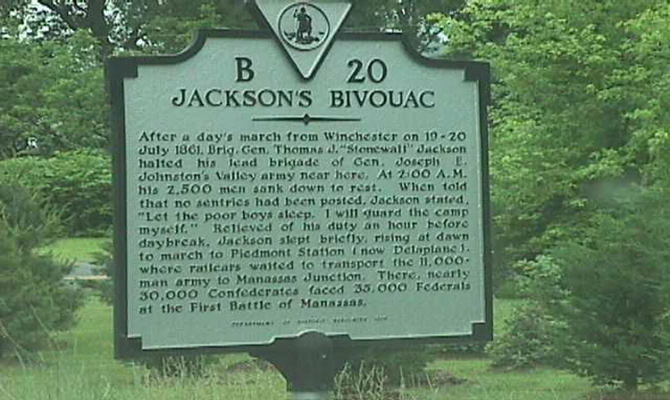 After a day’s march from Winchester on 19-20 July 1861, Brig. Gen. Thomas J. “Stonewall” Jackson halted his lead brigade of Gen. Joseph E. Johnston’s Valley army near here. At 2:00 A.M. his 2,500 men sank down to rest. When told that no sentries had been posted, Jackson stated, “Let the poor boys sleep. I will guard the camp myself.” Relieved of his duty an hour before daybreak, Jackson slept briefly, rising at dawn to march to Piedmont Station (now Delaplane), where railcars waited to transport the 11,000-man army to Manassas Junction. There, nearly 30,000 Confederates faced 35,000 Federals at the First Battle of Manassas.