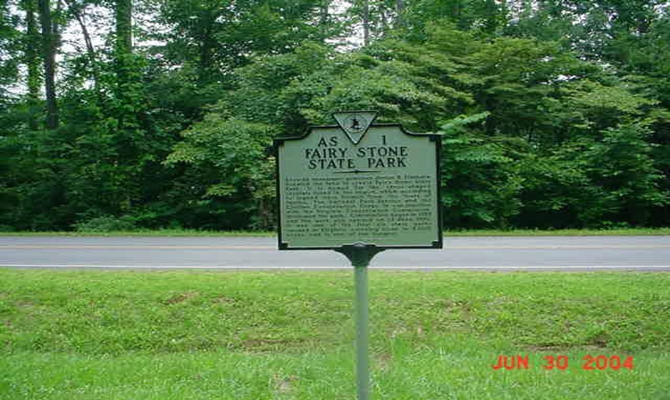 Roanoke newspaper publisher Junius B. Fishburn donated the land to create Fairy Stone State Park. It is named for the cross-shaped crystals found in the region, which according to legend were formed from the tears of fairies. The National Park Service and the Civilian Conservation Corps, in conjunction with the Virginia Conservation Commission, developed the park. Construction began in 1933 and the park was opened on 15 June 1936. It was one of the first six state parks opened in Virginia, covering close to 5,000 acres, and is one of the largest.