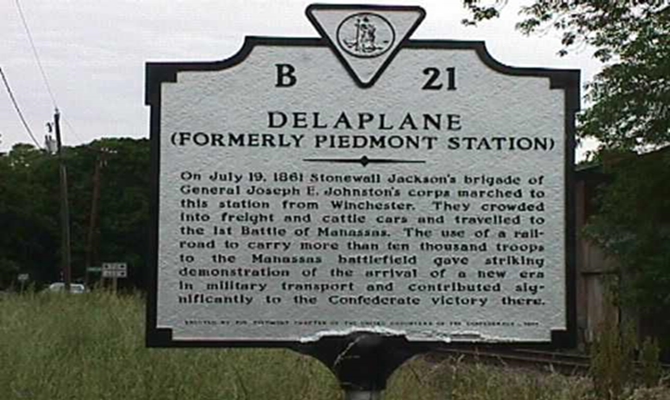 On July 19, 1861 Stonewall Jackson’s brigade of General Joseph E. Johnston’s corps marched to this station from Winchester. They crowded into freight and cattle cars and travelled to the 1st Battle of Manassas. The use of a railroad to carry more than ten thousand troops to the Manassas battlefield gave striking demonstration of the arrival of a new era in military transport and contributed significantly to the Confederate victory there.