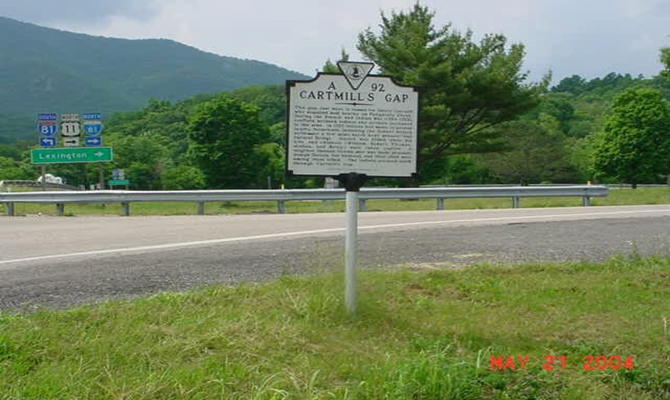 Cartmill’s Gap, just northwest, is named for Henry Cartmill, who acquired land nearby on Purgatory Creek. During the Seven Years’ War (1756-1763), conflicts between Indians and settlers increased in this area. In July 1757, Shawnee Indians attacked several nearby farmsteads, including the Robert Renick settlement a few miles north of here. Renick was killed, while his wife and children were captured and taken to the Ohio Country. A neighbor, Hannah Dennis, was also captured; her husband, Joseph, and their child were among those killed. A party of settlers pursued the Shawnee and killed at least nine of them in a skirmish before the Shawnee escaped through Cartmill’s Gap.