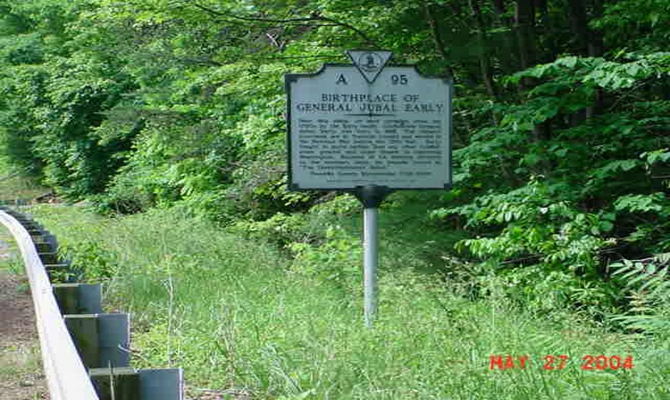 Near this place, on land occupied since the 1780s by the Early family, Confederate General Jubal Early was born in 1816. The General practiced law in Franklin County and served in the Mexican War before the Civil War. Early fought in more battles than any other Confederate general and came closest to capturing Washington. Because of his undying devotion to the southern cause, he became known as “The Unreconstructed Rebel.”