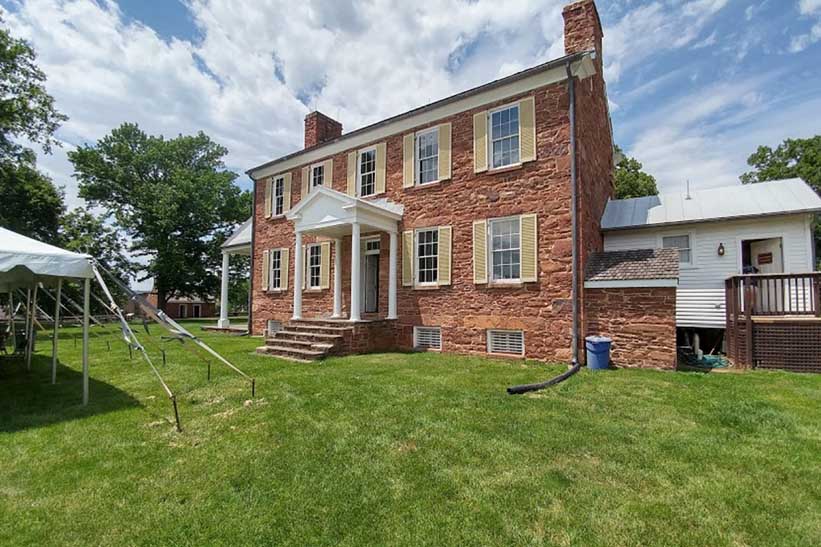 On July 21, 1861, as elements of the Stonewall Brigade marched to the Manassas battlefield on the road behind you, officers converted the Pringle house (also called Ben Lomond) into a temporary field hospital. Soon wounded Confederates flooded the house and surrounding grounds.

A medical attendant, E.A. Craighill (later in charge of Lynchburg’s Confederate hospitals), was one of many who took care of the large number of wounded. Every available space in the house was used to tend to the soldiers. Later arrivals were forced to lie on the ground, where most spent a miserable night in the rain. Once fit for travel, wounded soldiers were sent to general hospitals elsewhere in the state. Others died of their wounds here, and some were buried on the property. It took a month to transfer all the patients and close the hospital.William F. Lee and Richard Page were among the wounded soldiers treated here. Lee’s wife and Page’s father traveled to Manassas to care for them, but both eventually died of their wounds. Both were taken home to be buried.When the Confederates evacuated Manassas in the spring of 1862, Federal forces occupied the house. One room was most likely used as a headquarters. The rest of the unoccupied space was quickly covered by Union graffiti. The Federal army left after a few weeks ofoccupation, leaving the house unmolested for the rest of the war. 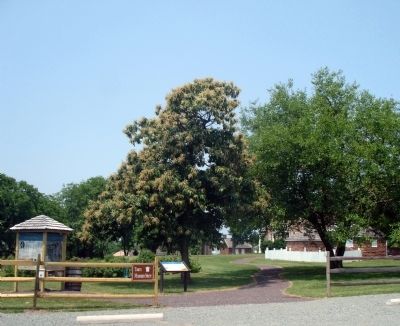