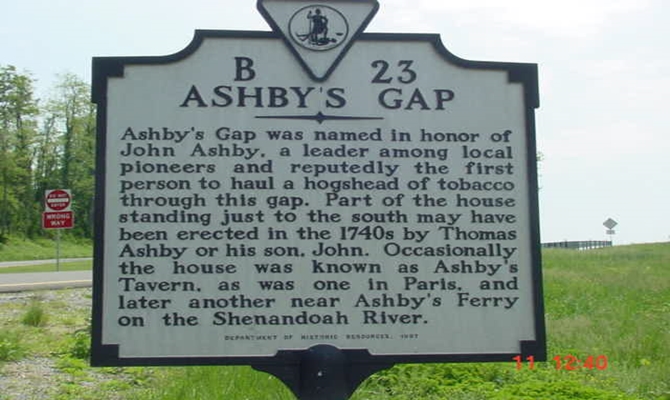 Ashby’s Gap was named in honor of John Ashby, a leader among local pioneers and reputedly the first person to haul a hogshead of tobacco through this gap. Part of the house standing just to the south may have been erected in the 1740s by Thomas Ashby or his son, John. Occasionally the house was known as Ashby’s Tavern, as was one in Paris, and later another near Ashby’s Ferry on the Shenandoah River.