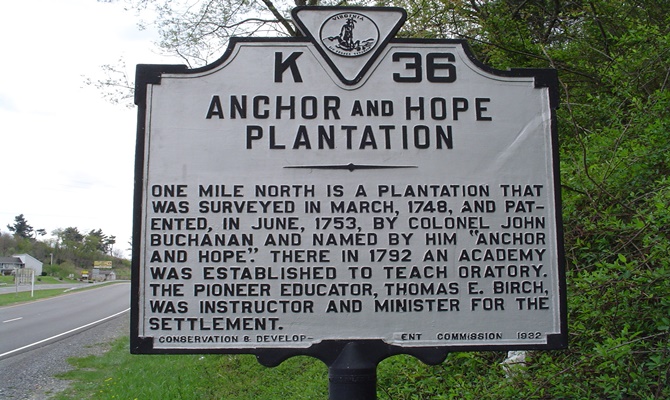 One mile north is a plantation that was surveyed in March, 1748, and patented, in June, 1753, by Colonel John Buchanan and named by him “Anchor and Hope.” There in 1792 an academy was established to teach oratory. The pioneer educator, Thomas E. Birch, was instructor and minister for the settlement.