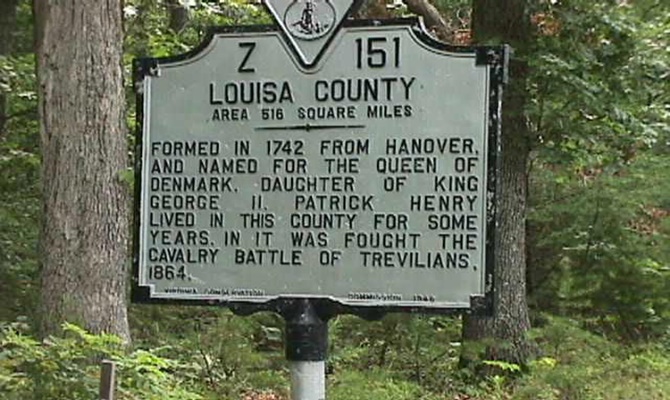 Albemarle County was formed in 1744 from Goochland County and named for William Anne Keppel, the second Earl of Albemarle, titular governor of Virginia from 1737 to 1754. A portion of Louisa County was later added to Albemarle County. In 1761, part of Albemarle County was divided to form Buckingham and Amherst Counties. President Thomas Jefferson (1743-1826) was born in this county at Shadwell and there he built his home Monticello. The city of Charlottesville is the county seat. The University of Virginia, chartered in 1819 and opened for instruction in 1825 is located there. Jefferson designed the university and supervised its construction.

Located in the heart of the Virginia Piedmont, this rural county was named for Louisa, a daughter of George II. It was formed from Hanover County in 1742; the county seat is Louisa. During the Revolutionary War, the Marquis de Lafayette and colonial soldiers in June 1781 traveled through the county to out maneuver British troops. Among the county’s historic resources are the Green Springs Historic District, Boswell’s Tavern, and Cuckoo. Other landmarks include the monumental Louisa County courthouse and the old jail.