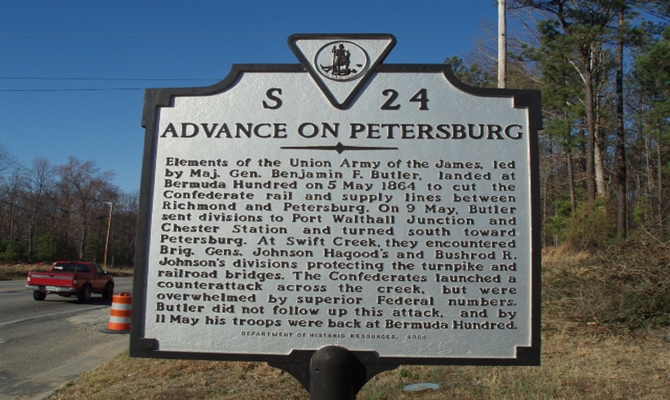 Elements of the Union Army of the James, led by Maj. Gen. Benjamin F. Butler, landed at Bermuda Hundred on 5 May 1864 to cut the Confederate rail and supply lines between Richmond and Petersburg. On 9 May, Butler sent divisions to Port Walthall Junction and Chester Station and turned south toward Petersburg. At Swift Creek, they encountered Brig. Gens. Johnson Hagood’s and Bushrod R. Johnson’s divisions protecting the turnpike and railroad bridges. The Confederates launched a counterattack across the creek, but were overwhelmed by superior Federal numbers. Butler did not follow up this attack, and by 11 May his troops were back at Bermuda Hundred.